The video installation “Echomutation“ delves into an expanded dimension of physicality, paired with sensuality, attainable in a parallel, futuristic reality. This lets the viewer step into a parallel reality where a „Superbody“ is created – a being with multiple arms and legs and abundant skin. The colors of the body and nature continuously shift and movements appear endless. The video toy with altered perceptions of past, present, and future, which coexist simultaneously like an echo, pulsing through the ages.

The authors of the video raise the issue of freedom with a frank depiction of the interaction of naked bodies and blurred gender identities.

The background for these androgynous figures is the abstract „bosom of nature“ that traces a central theme about natural environments as an alternative for human existence outside social patterns which creates an antagonist to the urban digitalization. 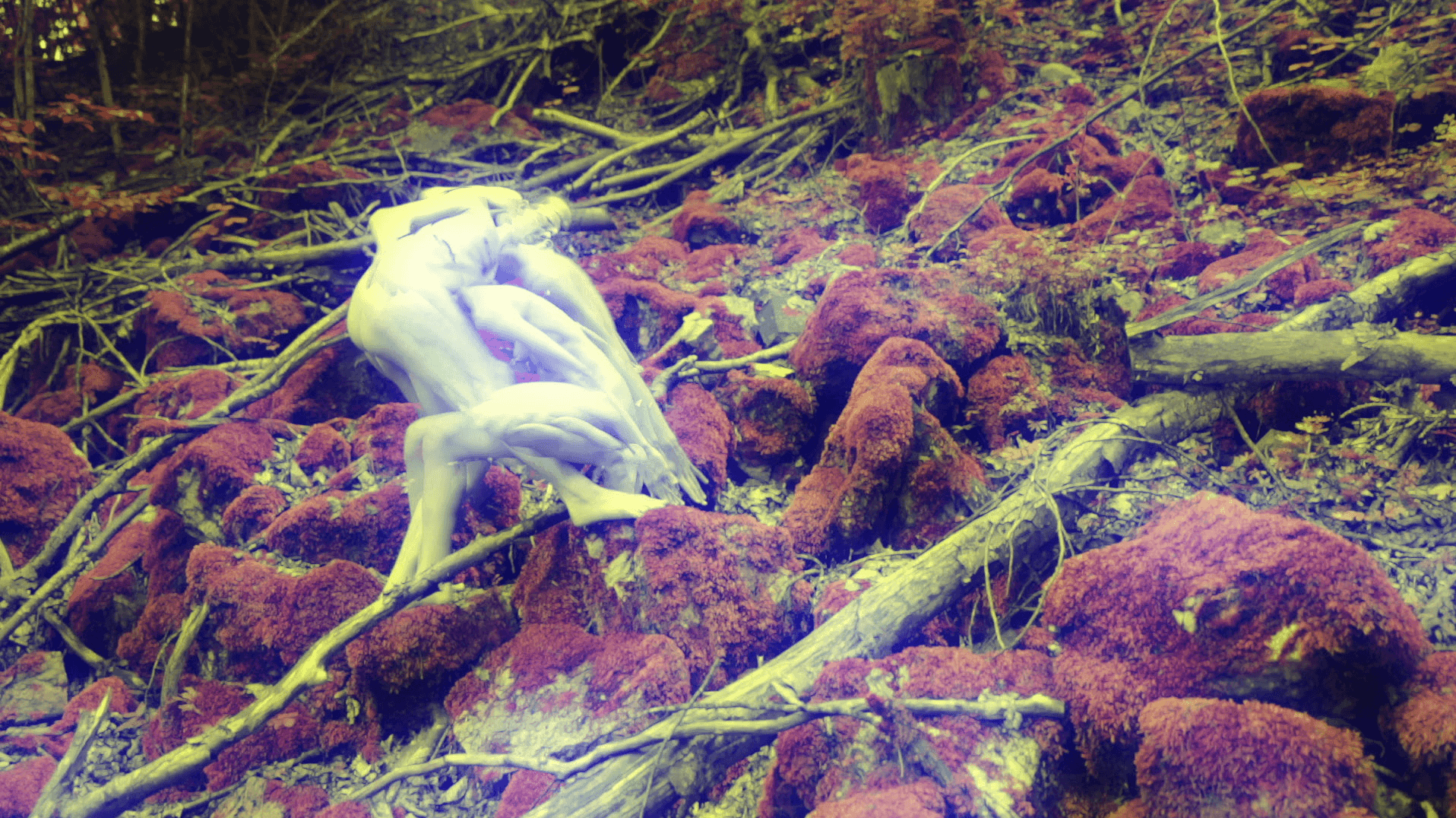 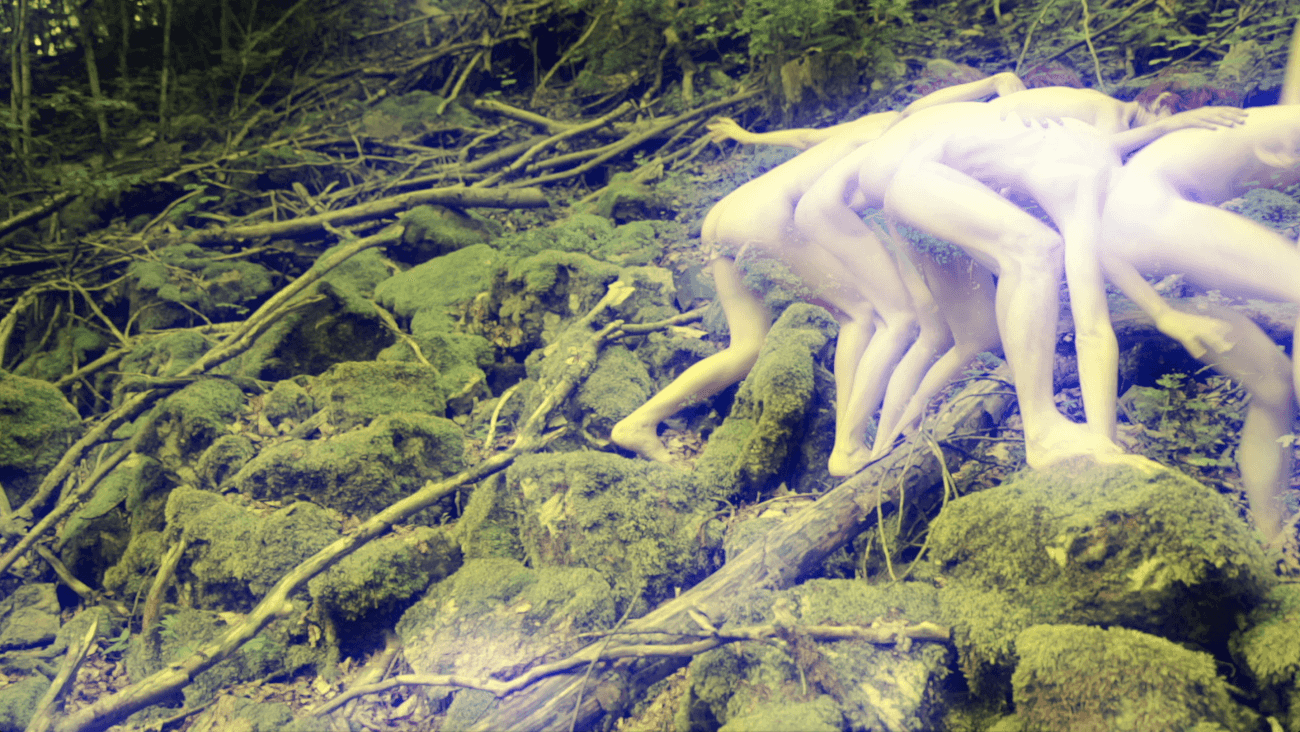 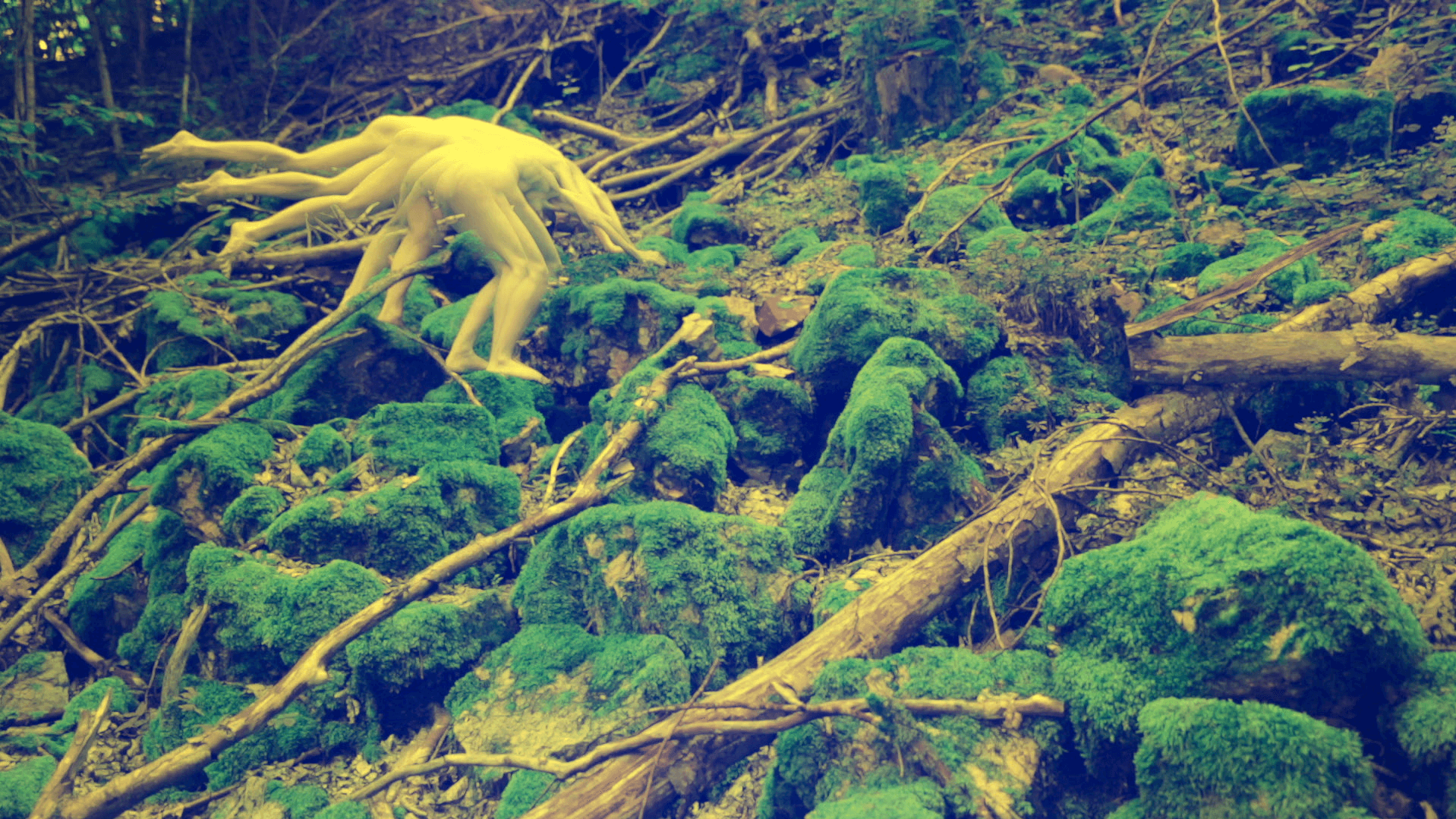